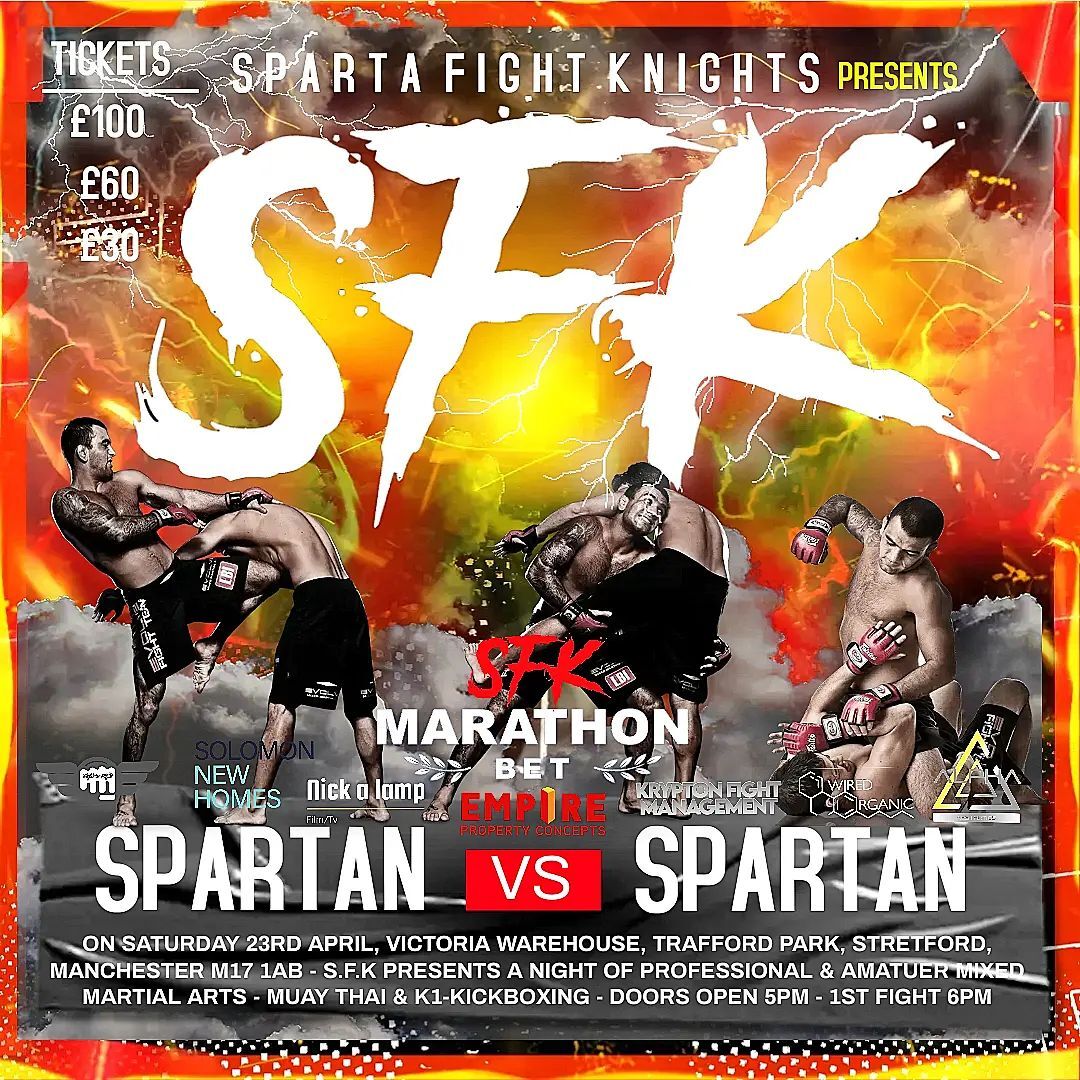 The main event of the evening is a light heavyweight Rematch between Dan Vinni and Marius Liaukevivius. Vinni will be looking to go 2-0 against Liaukevivius with a repeat dominant performance against him by shutting down his offence and putting him away in the first round with a big finish, to prove a point that he was indeed the better fighter that night. Marius Liaukevivius will be looking to avenge his loss and prove that it was just a one-time thing. He will be looking to right his mistakes that he made last time and keep his composure to make sure that he can get the finish within dramatic fashion to show that he belongs at the elite level of British MMA.

The Co-Main event of the evening is a middleweight bout between Hartlepool’s Ashley Griffiths, who is going up against a cage warriors alumni Nikola Zlatev who lost to the rising prospect Will Currie on his last cage warriors’ appearance. Griffiths is coming off a loss in the Bellator cage to MTVs Geordie Shores Aaron Chalmers where he lost via guillotine, so he will be looking to come back off his loss by ending this fight in dramatic fashion, putting himself back on the map as a fighter to watch. Zlatev is coming off a three-fight losing spell however this fighter is always dangerous and always looking to finish the fight with his powerful shots. He will also be looking to end this fight with fireworks, and I predict that this fight will not go out of the first round.

The Boxing main event of the evening is a heavyweight bout between Charlie “Kung Fu Panda” Milner and Pelu Adetola. Charlie Milner, who is 7-2 in MMA fighting in Bellator, is currently 2-3 in Bare Knuckle Boxing fighting in KBK. Don’t let his boxing record fool you as he is the definition of fight anywhere, anyone, any time, and any place as he took this fight on a few days’ notice. He always looks to put on an exciting show for the fans and always looking for a knockout. His opponent is a veteran looking to carry on his win streak. Adetola, who has fought the likes of Darren Stewart (Former UFC Middleweight) and Modestas Bukauskas (Current UFC Fighter) will be looking to end the fight early with a big knockout win. This is a fight I am excited for!

K1 main event is a featherweight bout between a former cage warriors’ competitor Josh Abrahams as he takes on Damo Jenkins. Abraham is coming off a three-fight loss streak in cage warriors, but he is not letting that deter him as he will be looking to end this fight wherever he can, as this fighter is well versed who can mix it up well and put on technical displays. In his way is Damo Jenkins, who is always looking to put on an entertaining fight and will be looking to weather the storm and end the fight with a bang, looking to build himself as a force to be reckoned with.

Amateur feature fight is Ali Syed vs Ilmars Braucejs. Syed will be looking to use his discipline and sharp and venomous striking technique to try and break the will of his opponents and get the victory via Ko or TKO. Syed also has a stella grappling background and won’t be afraid to take the fight to the ground if needed. Ilmars Braucejs is a lifelong martial artist who has been training MMA from a young age so he will be looking to use his many years of training and experience to carry him to the victory and will try to outsmart and outwit his opponent to grab the victory by either submission or by knockout. This fight will be a great technical fight to watch!

To watch this fight via PPV click here: https://www.mmatv.co.uk/mma/sparta-fight-knights/