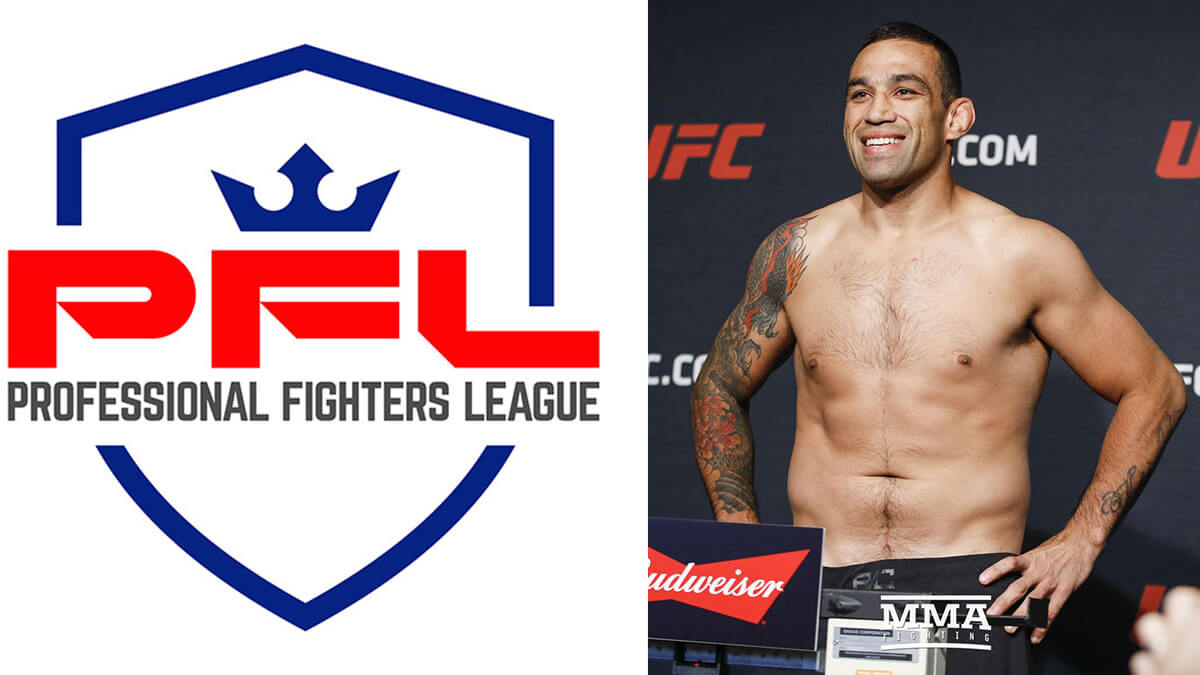 Fabricio Werdum used to own a UFC championship belt. No one else in the PFL’s heavyweight division can say that.

The jiu-jitsu black belt from Brazil has a half dozen gold medals from the World Jiu-Jitsu Championships and Abu Dhabi Combat Club World Championships. The other nine PFL heavies don’t have even a single gold between them.

Werdum tapped out Fedor Emelianenko back when Fedor was Fedor, halting the Russian legend’s decade-long unbeaten streak. That’s something the rest of the heavyweights in the PFL can only dream about.

That’s the $1 million question as the PFL heavyweights — including the newly signed Werdum — begin the 2021 season on May 6 at Ocean Casino Resort in Atlantic City, New Jersey.

The first test for Werdum will come in that night’s main event, when he faces countryman Renan Ferreira, whose key statistic is 6-8. That’s not his MMA record, it’s his height, and from the little I’ve seen of his fights — he has eight as a pro, most recently in the Texas-based Legacy Fighting Alliance — Ferreira has shown that he knows how to use his size. He maintains range and connects with punches from distance.

But Ferreira has never had someone at the level of Werdum at the end of those punches. And while it’s reasonable to question whether Werdum is still the fighter he once was, his most recent performance was a strong one. Last July, in his UFC swan song, Werdum submitted Alexander Gustafsson in the first round.

Among the other seven heavyweights who will open the season on May 8 is 2019 PFL champion Ali Isaev, an undefeated Russian and 2008 Olympic wrestler. Isaev earned the $1 million prize as a season winner by knocking out another UFC import. Jared Rosholt has never been at Werdum’s level, but he also wasn’t 43 when he was standing between Isaev and the big check.

Then there’s the other heavyweight brought over from the land of the Octagon. Justin Willis was on an eight-fight winning streak until he ran into Curtis Blaydes in March 2019. Willis was thoroughly dominated in a unanimous decision loss and has not fought since. If he has his game on point, though, the 33-year-old teammate of Daniel Cormier and could be trouble for everyone.

In the end, though, this PFL heavyweight season is going to revolve around Werdum. The Brazilian recognizes that this is the last stand for his career, and when he signed with the fight promotion last fall he was already reveling in what he now is about to live.

“I want to enjoy the moment, because it’s so hard for us to stop fighting,” Werdum told my colleague Brett Okamoto in November. “Imagine, all my life I have fought, and one day I have to stop. For sure, I know that. Maybe two years. But imagine I’m the PFL champion at 44? I know I can.”

Let’s see if he can. Thirteen years after he debuted in the UFC, Fabricio Werdum ended his career on a winning note in July 2020 against Alexander Gustafsson. But can the former UFC heavyweight champion still compete at a high enough level to win in the PFL? Jeff Bottari/Zuffa LLC via USA TODAY Sports

Who else? He has not looked like his old self in several of his last few fights. But Werdum did make quick work of Gustafsson in his final UFC outing, and before that he went to a split decision with Aleksei Oleinik. So the decorated former champ does appear to have something left — certainly enough to, at the very least, be competitive with this group of heavyweights.

It’s between Isaev and Willis. As a UFC alum training at American Kickboxing Academy, Willis has a strong pedigree. But Isaev’s Olympic-level wrestling should nullify Willis’ ground game if they meet, and the 9-0 Russian has sustained power in his hands. He won his most recent two PFL fights by knockouts — in the fourth round, and then in the final second of Round 3. That proves he’s dangerous, right to the final horn.

After two years out of the cage, Justin Willis looks to regain some of the momentum that put him on an eight-fight winning streak from 2014-2018. Christopher Hanewinckel-USA TODAY Sports

Fight to watch on opening night:

We should get an immediate answer about Willis’ viability as a contender when he faces Goltsov. Goltsov’s loss to Isaev in the 2019 semifinals ended a six-fight winning streak that included five finishes. As for Willis, before he got beat up by Blaydes, he had won eight in a row, including a win over Mark Hunt. Which one of these big guys will be better at bouncing back?

Heavyweight division at a glance