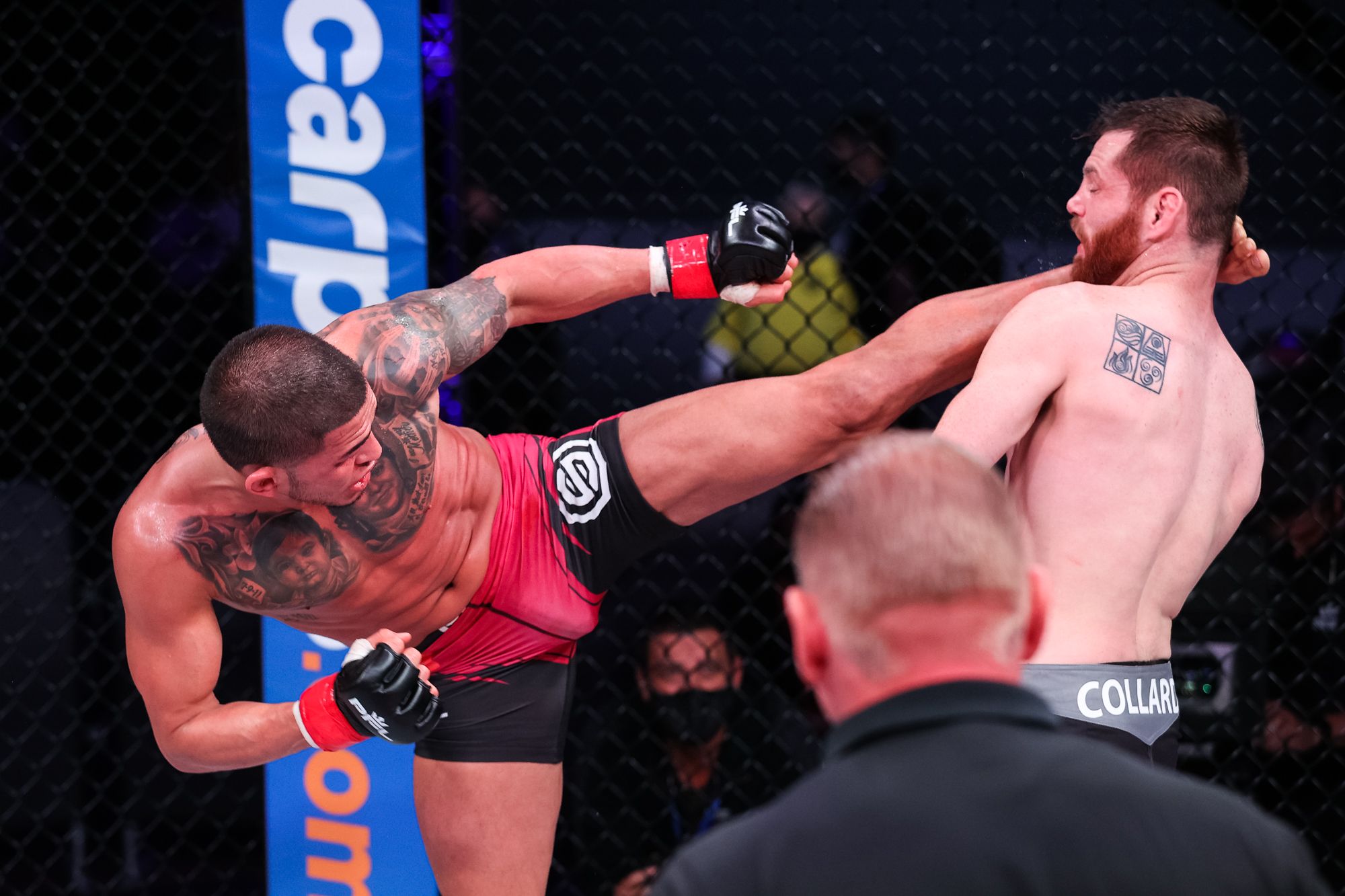 The Professional Fighters League trotted out its prized new signee on Friday night, putting him in the headline slot of a season-opening card that also featured a pair of two-time defending season champions. The stars were out, ready to shine.

Then Anthony Pettis, the former UFC lightweight champion, got knocked down twice and lost his PFL debut, the final bout of a 10-fight card of lightweight and featherweight fights at Ocean Casino Resort in Atlantic City, New Jersey. And earlier in the evening, featherweight Lance Palmer and lightweight Natan Schulte, each of whom won his weight division’s $1 million season championship prize in both 2018 and 2019, fell victim to upsets as well.

A disastrous start to the season for the PFL? Not necessarily. Instead of this night tarnishing three of the promotion’s presumed best fighters, it might prove to be the beginning of something big for Clay Collard, who took down Pettis, orMarcin Held, who beat Schulte, or Bubba Jenkins, who got the best of Palmer.

And those who lost on Friday night could still earn playoff spots, considering that all but one of the night’s fights went to decision and therefore did not bring an abundance of points to the winners. Under PFL rules, fighters earn extra points for knockouts and submissions, especially early finishes. Only featherweight Brendan Loughnane took advantage of that, scoring a first-round KO of Sheymon Moraes to earn 6 points. The other winners earned just 3, giving them a not insurmountable lead in the standings.

That the season remains highly competitive is clearly a glass-half-full perspective on a night when the PFL stars did not shine. But once the promotion announces its next matchups, which will be held in June, no fighter who fought on Friday other than perhaps Loughnane will consider himself safe in the race to each weight division’s four playoff spots. That is a positive.

The overall competitiveness of Friday’s fights also was a positive. A night of nine decisions does not sound sexy, but there were no boring bouts, and there will be interest in seeing everyone who competed step into the cag — including Moraes, who was finished in less than three minutes.

Also a positive: the entire production. Play-by-play man Sean O’Connell, who was the $1 million winner at light heavyweight in the PFL’s first season in 2018, and former two-division UFC champion Randy Couture are back, and their cageside rapport is fun to listen to. New addition Kenny Florian, the former UFC lightweight contender, fit right into the banter. Not a bad way to spend a Friday night — although the next four cards take place on Thursdays, before switching back to Friday for PFL 6 on June 25.

The one confounding thing was a new Fighter Performance Rating, which was billed as an “objective” assessment and was mentioned throughout the night. I never caught an explanation of how the broadcast came up with the numbers, although they did generally line up with the final results.

In all, a strong return for the PFL. Between the points system, ratings, playoffs, a ref cam and a cool million, the PFL is sure shaking things up — Friday’s fights simply fit the same theme.