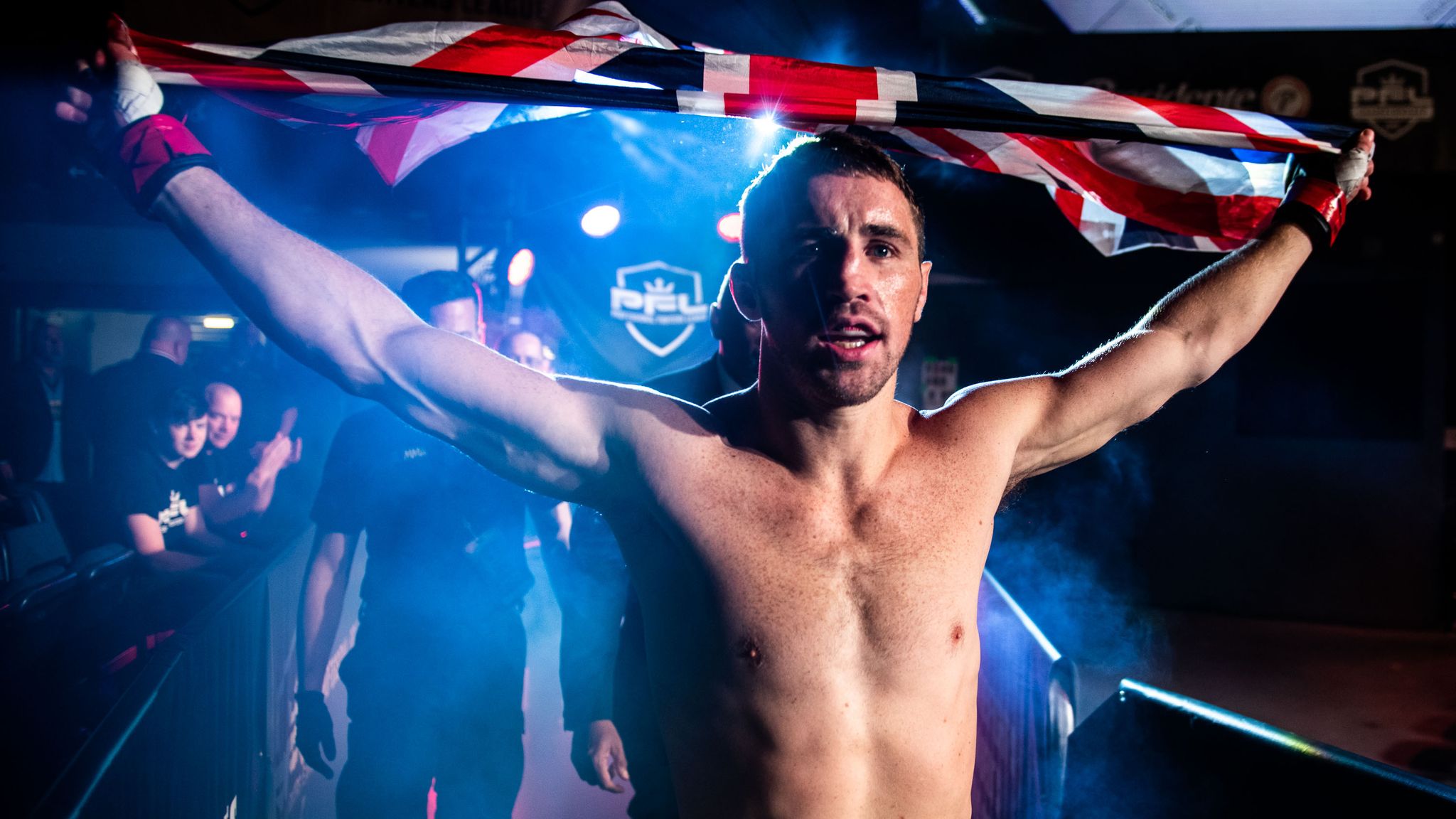 It’s been 26 months since Brendan Loughnane fought in the UFC’s Contender Series in Las Vegas. But even two years later, that night continues to define his career.

The 31-year-old is riding a seven-fight win streak and enters the 2021 playoffs as the No. 1 seed in his division. He is in his 12th year as a pro.

But for so many on the outside looking in, those 12 years boil down to that one moment in 2019.

“I’m always gonna be that guy,” said Loughnane, who defeated Bill Algeo on the Contender Series but was denied a contract by Dana White for not being enough of a “killer” — the UFC president believed Loughnane wasn’t actively looking for a finish. “If I walk into a new gym, it’s, ‘Oh, wow. You’re the guy from Contender.’ It’s not, ‘Wow, you’re the guy who is 21-3 as a pro.'”

Loughnane, who hails from Manchester, England, is used to this reality now, and he says it doesn’t really bother him. He can’t allow it to bother him. It’s part of who he is. It’s never going away. Regardless of anything Loughnane does between now and the end of his career, that moment will always be part of his story.

That story, however, is still being written. To be clear, it’s not as if this has become Loughane’s motivation. He’s not fighting to simply be remembered as more than “the guy from Contender.” But at the same time, he was forced to reassess his career after what happened in Las Vegas, and it put him on a path that led him to these PFL semifinals.

“To solidify myself as a world champion, after all those years of hard work and being told I couldn’t do it, would just solidify my career.” Brendan Loughnane

“I actually found an Instagram post from 2013 where I wrote down all of my goals,” Loughnane said. “And after the Contender fight, I’d accomplished all of them. So, at that time, there was a massive reassessment of my career, and ultimately it came down to becoming a world champion.

“That’s the one thing that’s eluded me in my career: a piece of gold. The PFL’s $1 million prize is $1 million, and I’m not brushing it off. But money comes and goes, and it will always come and go. To solidify myself as a world champion, after all those years of hard work and being told I couldn’t do it, would just solidify my career.”

A PFL championship in 2021 would not only solidify Loughnane’s career, it would solidify everything he’s been through since the start of last year.

Perhaps no one was more eager for the start of the PFL’s 2020 season than Loughnane. His career was in limbo in 2019. After he was denied a contract with the UFC, Loughnane signed with the PFL — but not early enough to compete in the promotion’s 2019 season. In January 2020, Loughnane moved to Thailand with a plan to make that his home base for the entire year. Of course, all of that was disrupted by COVID-19 and the cancelation of the PFL’s 2020 season.

At that point, Loughnane committed to leveling up his training no matter where in the world it required him to be.

“I just kept my foot on the gas,” Loughnane said. “I was sparring [with UFC bantamweight] Petr Yan for his title fight against Jose Aldo. I was sparring [with UFC lightweight] Rafael Fiziev. I headed to the U.K. in July because borders were closing, and then when England started to close, I went to Dubai and trained there for six months.”

The United Kingdom continued to maintain strict lockdown rules that varied as different waves of the pandemic struck through 2020 and early 2021. Loughnane made a few stops back in England, but for the most part his journey and preparation for the 2021 PFL season has kept him far from home.

“It’s been a bit of a roller coaster, to be honest,” he said. “I’ve trained for this fight in Las Vegas, so this is my third country in a space of less than a year. I’ve got no roots, really. I haven’t been home since last September. I’m in someone’s spare bedroom, training three times a day. I’ve just been flying around the world as this nomad martial artist.”

Thus far, the results have been good. Loughnane kicked off 2021 with a first-round knockout of UFC veteran Sheymon Moraes, less than three minutes into the fight. Then, in a bloody, physical battle with Ultimate Fighter alum Tyler Diamond, Loughnane emerged with a majority-decision win. Brendan Loughnane, right, wasn’t able to catch on with the UFC, despite his dominant 2019 win over Bill Algeo in Dana White’s Contender Series.

As he prepares for Khaybulaev, the truth is that Loughnane’s career has already become much more than one moment on the Contender Series. But these next two fights are an opportunity to showcase just how far he’s come.

The undefeated Khaybulaev is not a household name, but he’s a suffocating wrestler from Dagestan with no glaring weaknesses. If Loughnane beats him, he will face either UFC veteran Chris Wade (19-6) or former NCAA champion wrestler Bubba Jenkins (16-4) in the final.

If everything goes according to his plans, Loughnane will return home for the first time in more than 15 months as a millionaire and PFL champion. Yes, he will still be the guy who controversially wasn’t given a UFC contract in 2019. But perhaps that will be a footnote in his career, instead of the leading line.

“I’ve said to myself I can’t go home until I’ve done it,” Loughnane said. “I just want to walk through my mum’s door with the belt and the check. I want to see my friends, see my god kids, my girlfriend — I want to see everything, and I want to do it with the belt. That’s what will make it for me. That’s the only way I’ll be content going home.”