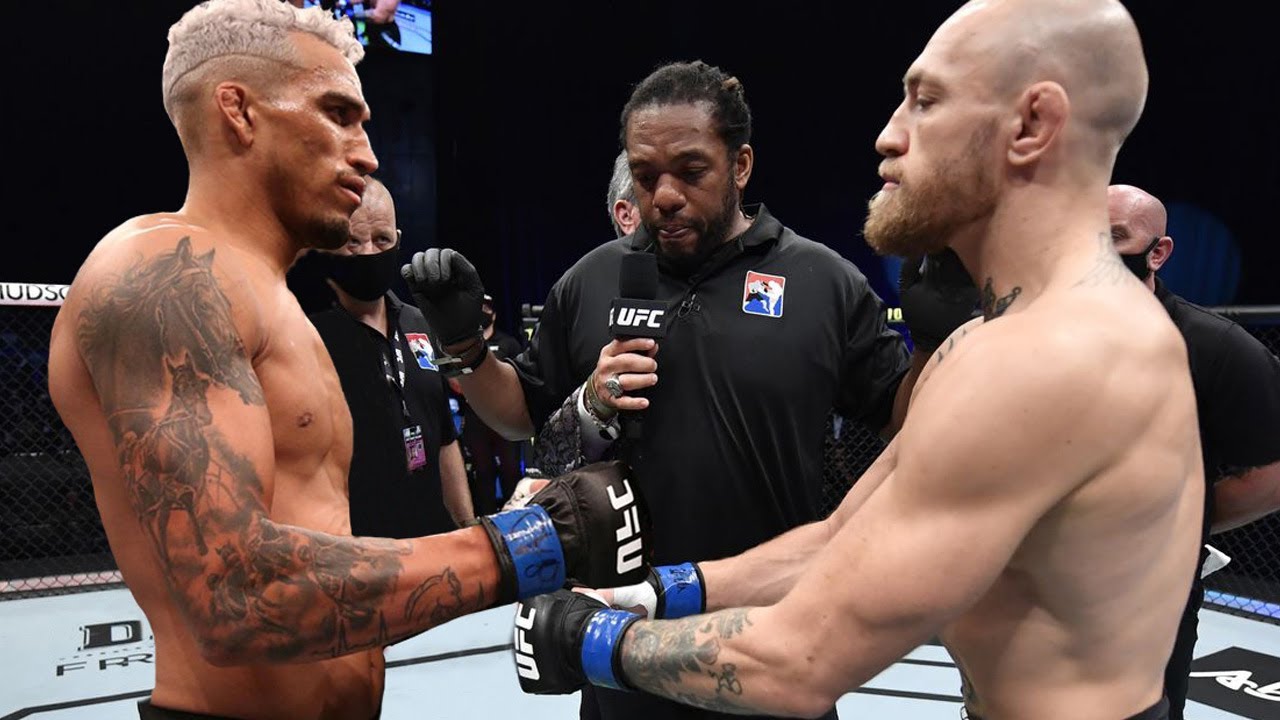 Charles Oliveira successfully defended his UFC lightweight championship this past Saturday in Las Vegas, submitting Dustin Poirier with a standing rear-naked choke in the main event of UFC 269— and now he’s down to explore his options.

Speaking on this week’s episode of MMA Fighting’s Portuguese-language podcast Trocação Franca just days after his bonus-winning performance, Oliveira weighed in on his back-and-forth with Conor McGregor on Twitter and revealed “The Notorious” could jump the line and compete for the UFC lightweight title next even though he’s lost his last two fights.

Asked if he would be willing to wait a few more months and face McGregor instead of defending his belt against Justin Gaethje first, Oliveira wouldn’t think twice.

“If I had the chance [in the past] to fight for the belt or fight Conor, everybody knows I’d fight for the belt,” Oliveira said. “That already happened, I’m the champion now. The champion has a name and his name is Charles Oliveira, Charles ‘do Bronx.’ If I had the chance to fight Conor for money today, I would. The belt is mine and continues being mine. We’ll continue building our legacy and making history.”

McGregor headlined the top six most successful pay-per-views events in UFC history in terms of pay-per-view buys, including two in 2021 against Poirier, but still has no timetable for his return to the cage after fracturing his leg in a trilogy fight against Poirier in July.

The Brazilian, who’s competed in the UFC since 2010 and holds the record for most submissions (15), finishes (18) and bonuses (18) in UFC history, knows that facing McGregor would make an impact on his bank account.

“Of course, no one’s a fool. ‘No, I’ll fight someone else because of the belt, leave Conor alone’ — who’s going to do that? Only a fool,” he said.

“If I had the opportunity to fight Conor, I would definitely fight Conor. The belt is mine regardless. The division has to get by and wait a little bit. There’s nothing else to do. We have to think about our families, our children, think about what we can do down the line.”

Oliveira had to work for over a decade though ups and downs in his career before finally being given a shot at the 155-pound title in the UFC. Now, he said, contenders can complain about possibly getting leapfrogged by “The Notorious” and it will change nothing.