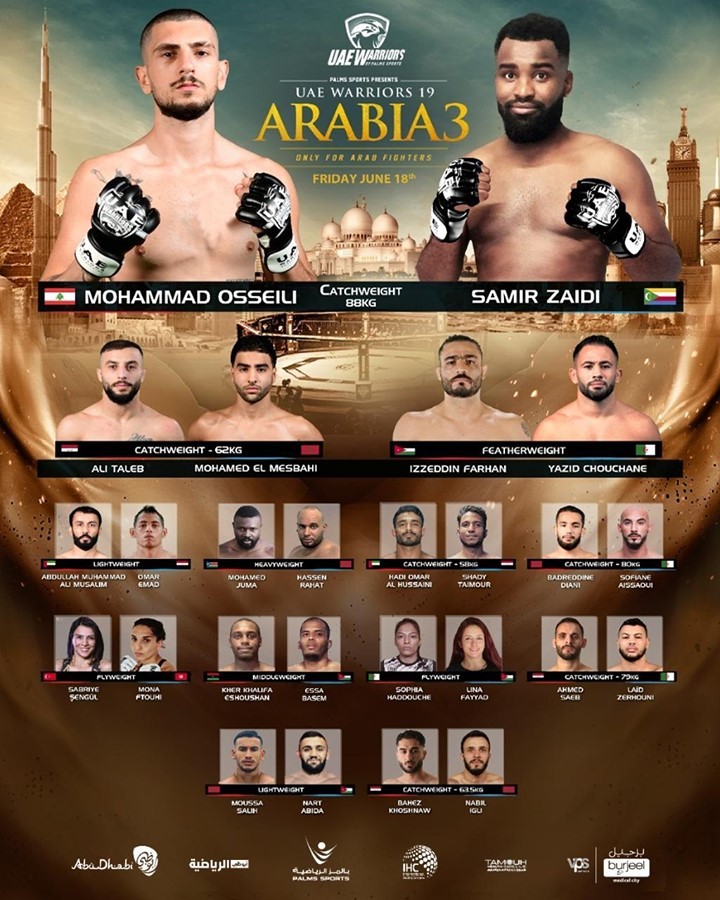 The full fight card has been released for UAE Warriors 19. The event is set for the Jiu Jitsu Arena in Abu Dhabi on June 18th and will be headlined by a catchweight contest between Mohamad Osseili and Samir Zaidi.

Osseili (3-0) is based in Dubai and is coming off first round stoppage wins at UAE Warriors 15 and UAE Warriors 18. His two fights for the promotion so far have lasted a grand total of two minutes and 17 seconds.

Zaidi (5-2) comes into this 194lbs contest on the back of a two fight losing skid. The French fighter has not fought since 2017.

In the co-main event Ali Taleb (3-0) has been matched with Mohamed El Mesbahi (1-0) in another catchweight contest. The bout is set for 137lbs with the former coming off a win at UAE Warriors 17 and the latter making a successful debut at UAE Warriors 16.

Al Derbani is one of seven fighters from Jordan on the card. His compatriot Mohamed John Djemadoka (6-1) has been matched with Hassen Rahat (4-3) in a heavyweight fight.