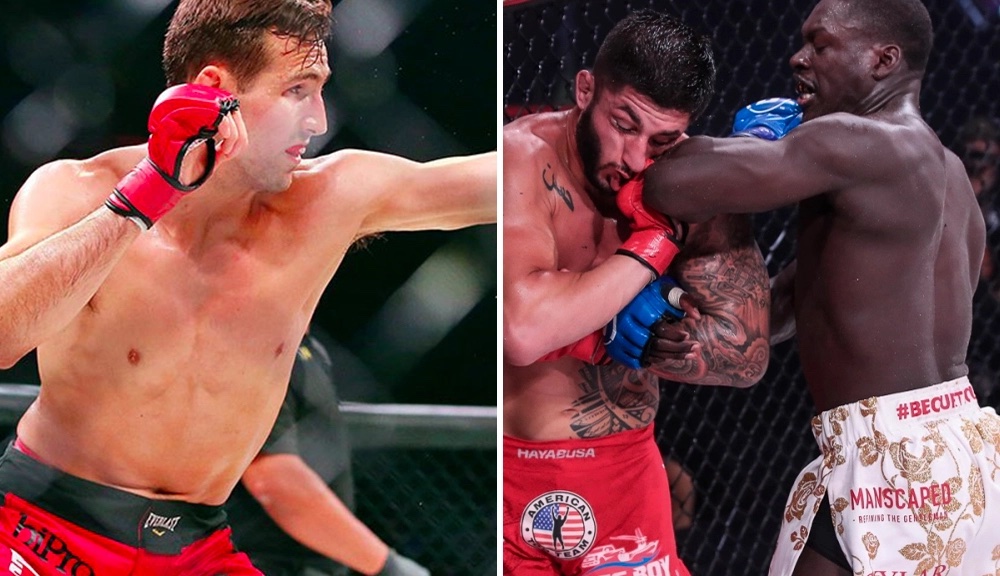 In his biggest opportunity to date, Curtis Millender will get to compete against someone he’s always aspired to face.

After David Michaud revealed that a heart condition will likely force him to retire from MMA, Millender stepped in to face former UFC title challenger and Bellator welterweight champion Rory MacDonald at PFL 2021, Week 2 on April 29.

Having fought across various major promotions throughout his career, including Bellator and the UFC, Millender (18-6) said he has always had his eyes on MacDonald (21-6-1), even though they have never crossed paths.

Millender is looking forward to the stylistic matchup on the feet, although he thinks MacDonald will likely shoot for a takedown right off the bat.

“I think just style,” Millender said. “Every time he fights, they’re always praising his footwork, they’re always praising his jab, and I feel like I have one of the most creative lead hands in this game. So I’ve always wanted to – let’s see who can be the most dominant. I mean he’s definitely a different fighter now, we both are, but the confidence doesn’t change. I still know I can beat him.”

Though he’s lost three of his past four, Millender has had moments throughout his career. He went on an unbeaten run from 2016-2018, where he won nine straight, including wins over Kevin Holland, Thiago Alves and Max Griffin. But if there’s one aspect of the game that Millender has struggled with, it’s wrestling, where Elizeu Zaleski Dos Santos, Belal Muhammad and Sabah Homasi have been able to get the best of him.

To address those concerns, he said he recently spent time at Fight Ready in Arizona and is confident that he’s patched up his grappling game ahead of his opening bout with MacDonald.

“I’ve actually gotten a lot of work in,” Millender said. “I’ve been grinding and doing the things that I have to do. I went out to Fight Ready for Eryk Anders’ fight camp for a few months. I got to work with some really solid guys there. Just having Eryk pressing me up against the cage and trying to take me down for two months was a big help. Having those conversations with Henry Cejudo and working with guys like Ray Waters and Ryder Newman, who’s going be on ‘ TheUltimate Fighter,’ it really helped, and then, of course, the work back home.

“So I’m doing the work. I’m doing the grind, and Eddie Cha helped me realize it’s just a switch that needs to be turned. I need to get up, and if these dudes aren’t willing to stand in front of me, it’s more of a fear for them because if they don’t take me down, I’m the best in the world. But I have to have that mentality whether I get taken down or not, I can get back up and still be the best in the world.”