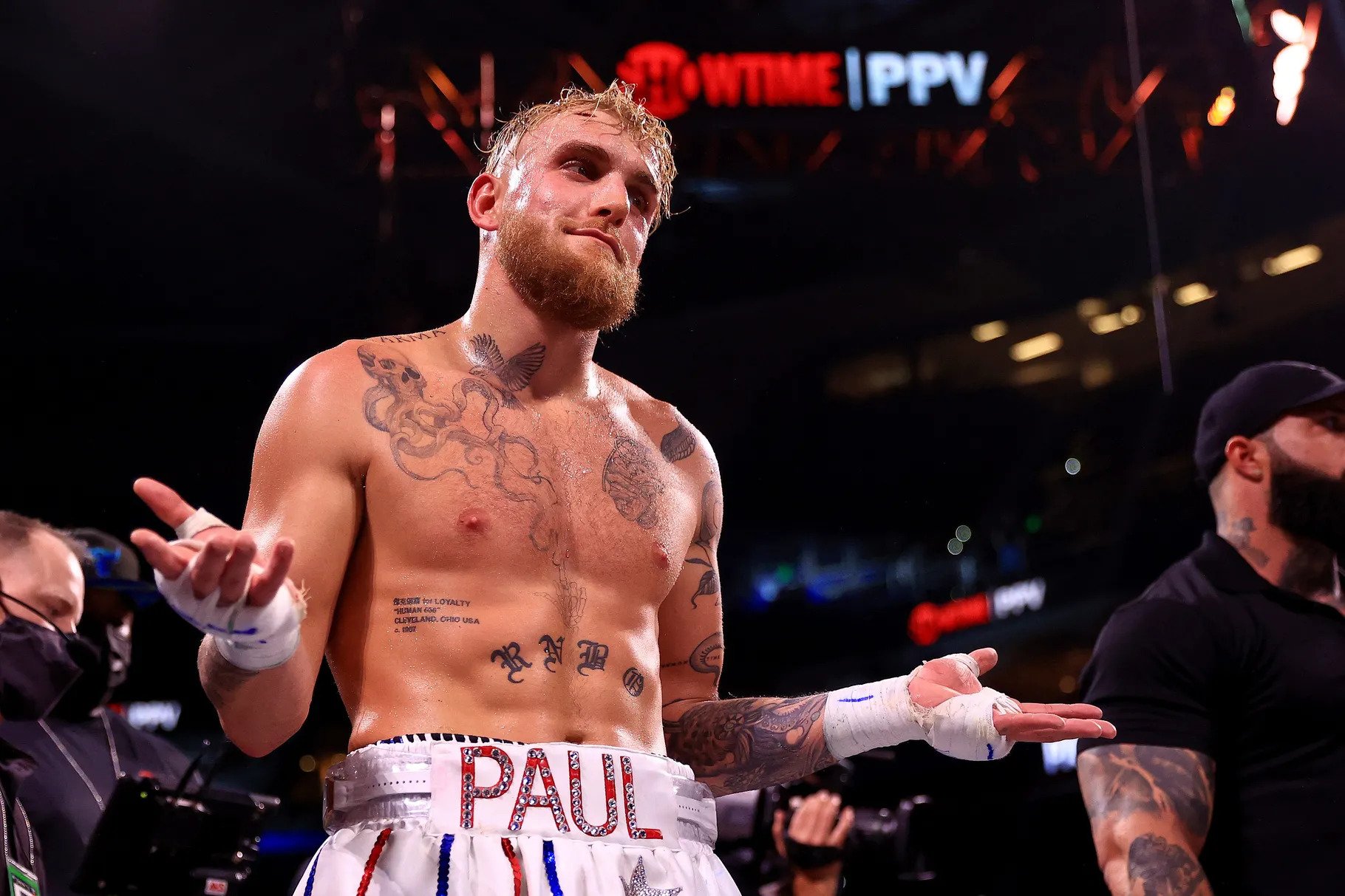 Article by By Jed Meshew

This week, the biggest story in the MMA world has been Disney Channel star-turned celebrity boxer Jake Paul and his ongoing feud with UFC President Dana White, with Paul telling White he’d retire from boxing if certain conditions if the UFC raised fighter pay and provided long-term health care for fighters and White basically ignoring Paul’s points and instead saying Paul can’t sell Pay-Per-Views. But while White might not be interested in getting into the Jake Paul business, Bellator President Scott Coker sure is.

Since taking over the reins at Bellator in 2018, Coker has made a concentrated effort to bring in and develop young talent, pulling deeply from the collegiate wrestling ranks, and given the way Jake Paul and his brother Logan have looked in their short boxing careers, Coker was full of praise for their potential.

“I always said, ‘Look, these guys are real athletes, and they’re young, they work hard, they’re grinding it out,” Coker told MMA Junkie. “They’re putting in the work. You can’t take that away from them, and they’re getting better and better and better. What you saw with (Tyron) Woodley, that’s a lot of hard work to get to that point. I’ve never seen Woodley get knocked out like that, right? And so, is it just boxing? Yes. So, I always said, ‘Look, man, don’t underestimate these guys,’ and this was like a year-and-a-half ago.”

2021 was a big year for Jake Paul’s boxing career. In April, Paul knocked out former Bellator welterweight champion Ben Askren in two minutes. That fight then set up a contest with Askren’s teammate, former UFC welterweight champion Tyron Woodley in August. Paul was only able take a split decision over Woodley then but, following the injury to planned-opponent Tommy Fury, Paul rematched Woodley last month and scored a devastating sixth-round KO.

After the win, Paul said he was going to take some time off to enjoy himself but also mentioned that he has an interest in eventually trying his hand at MMA, saying that he has a wrestling background and would train with Khabib Nurmagomedov and the team at American Kickboxing Academy if he were to do so. And should that come to pass, Coker says he’d happily offer Paul a home.

“If you want to come into MMA, we would gladly do it,” Coker said. “Think about this: He’s not saying, ‘I’m going to go train here. I’m going to go train there.’ He’s going to come to one of the best gyms in the planet, where Khabib is, where Daniel Cormier is still training, where Cain Velasquez is teaching there now, and he’s going to go into an environment that he is going to flourish, and he has a wrestling background already. He has great striking, obviously. You’ve seen it, and so this guy is just going to get better and better and better. The days of him fighting basketball players or whatever, those days are over.

“He wants to do it. The only thing I will say is, my understanding is he wants to get 10 fights into boxing, and then after that come over to mixed martial arts. I know certain people feel a certain way, but I tell you, don’t underestimate these guys because when they have their minds made up, it just seems like that they’re able to fulfill their destiny, and so to me, it’s something that if they want to make it happen, we would love to do something with them and put them in some big fights and really test them out.”

While Paul may eventually come to MMA, the YouTube personality still has plenty of business to attend to in boxing for the moment. Paul still has a grudge match with reality TV star and professional boxer Tommy Fury that will likely take place this year, and “The Problem Child” has been courting matchups against other MMA luminaries like  and Conor McGregor, both of whom are nearing the end of their UFC contracts.