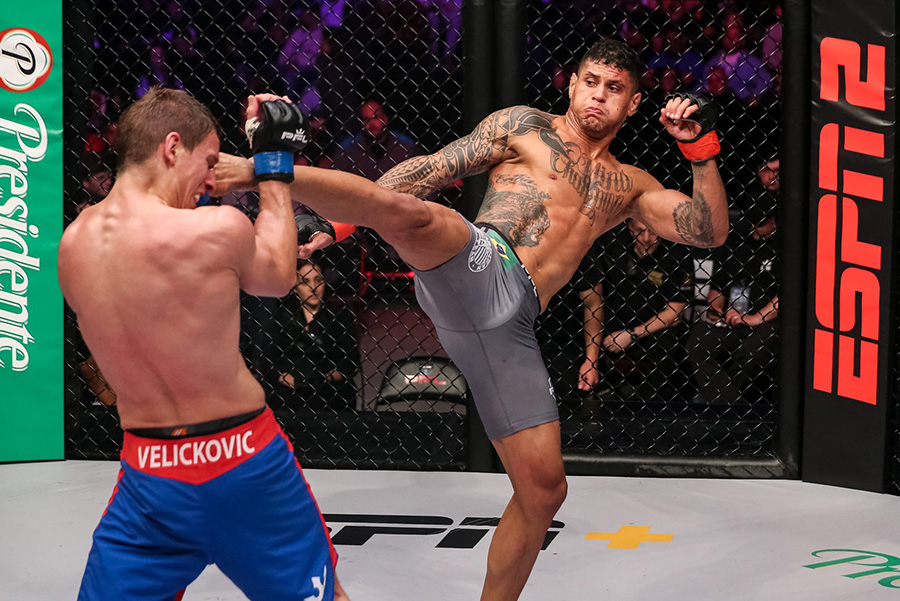 Ferreira (15-3-1) competed five times under the PFL banner between 2018 and 2019, scoring stoppage wins over the likes of Paul Bradley and Rick Story. The Brazilian talent, who signed a one-fight deal with UAE Warriors, also has a victory over PFL star Ray Cooper III.

Gogoladze, on the other hand, holds an 11-1 record and enters the bout riding a six-fight winning streak with five finishes. “The Sniper,” whose only defeat is a majority decision in 2017, stopped his last three opponents in a combined time of 2:32.

UAE Warriors 20 will be headlined by former UFC flyweight title contender Ray Borg, who makes his first walk to a cage since leaving the UFC. “The Tazmexican Devil” takes on Canadian bantamweight Jesse Arnett (18-6) for the promotion’s 135-pound belt.

It’s going to be a busy weekend in Abu Dhabi as UAE Warriors 19: Arabia 3 takes place the night before on June 18. According to the promotion, the card is part of an “Arabian-themed” series “geared towards fighters with Arabian heritage and to help grow the sport and provide them a platform.”