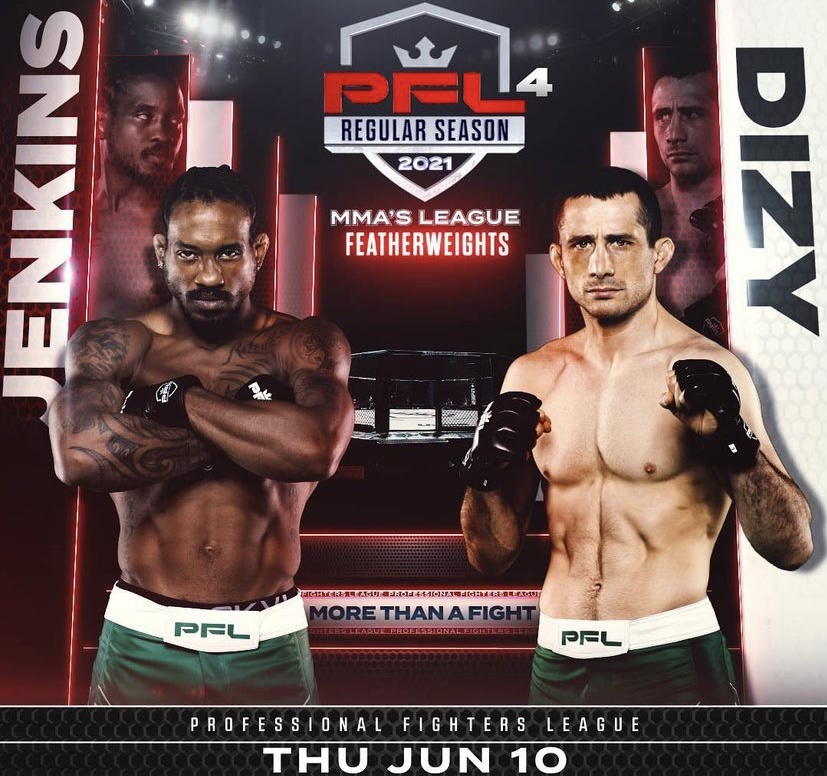 The PFL entered the 2021 season one month ago with the path forward clearly lit by championship gold. All six weight classes had returning champions, and in two of those divisions the champ had banked the $1 million prize in both of the promotion’s two seasons. There also were new signees with stellar credentials, from former UFC titlists Anthony Pettis and Fabricio Werdum, to ex-Bellator belt-holder Rory MacDonald.

After three weeks of competition and half of the regular season in the books, that path is no longer so well-lit. You might even say the season has detoured toward the intersection of Big Questions Boulevard and Few Answers Avenue. Pettis lost his debut and Werdum got knocked out in his (though the result was ultimately overturned on Monday). Both two-time defending champions, men’s lightweight Natan Schulte and featherweight Lance Palmer, experienced defeat inside the PFL cage for the first time.

The season resumes on June 10 at Ocean Casino Resort in Atlantic City, New Jersey, with Schulte, Palmer and the rest of the featherweights and men’s lightweights getting their second — and last — shot at advancing to the fall playoffs. The other four weight classes will compete on June 17 and 25 for their playoff spots, with the top four in each division making it. We have the dates for these fight cards but not the matchups, and those will be key to the future of some of the highest-profile fighters chasing that $1 million New Year’s Eve payday.

Here are the key questions that will be answered next month:

Heavyweight (June 25): Is the reign of Ali Isaev over?

Isaev, the 2019 season champion, was scheduled to open his season against Hatef Moeil last Thursday, but the bout was cancelled earlier in fight week for undisclosed reasons. As a result, Isaev will enter the cage next month at ground zero. Actually, make that Ground Minus-1, because he was docked a point in the standings for not making it to the fight with Moeil (who also is at minus-1). And that leaves a lot of ground for the defending champ to make up in a division in which two fighters (Bruno Cappelozza and Denis Goltsov) have 6 points apiece after scoring first-round finishes last week. Brendan Sayles is right behind with 5 points.

It could have been worse. Had Renan Ferreira‘s first-round knockout of Fabricio Werdum stood, he would have been still another competitor with 6 points. But after Werdum filed an appeal, claiming that Ferreira had tapped out to a triangle choke prior to the KO, the New Jersey State Athletic Control Board overturned the result to a no contest. The PFL awarded each fighter 1 point, as if the result were a draw. That still leaves eight fighters ahead of Isaev in the standings, with three of them in position to secure playoff spots with just a decision win. And among the others clawing for their playoff futures next month will be Werdum, who has shown he can finish fights throughout his career.

Light heavyweight (June 17): Who will stand in Emiliano Sordi‘s way? Emiliano Sordi escaped the fate of several other defending PFL champions with a win in his regular season opener, but he still has work to do in order to make the 2021 light heavyweight playoffs. PFL

Six champions from the 2019 season are back for more, and Sordi is one of three who won their opening bouts. Yet he is the only one of them whose future hangs by a thread. At this moment, the Argentine is among the four fighters who are in position to advance to the playoffs. But his 3 points make the gap between him and fifth-place Jordan Young simply the matter of a tiebreaker. In order to ensure advancement, Sordi could certainly use a finish next month.

Against whom, though? If he’s matched with Antonio Carlos Junior or Cezar Ferreira, who are atop the standings with 6 points, Sordi would be up against a UFC veteran who is coming off an explosive first-round finish. Either one would be a formidable obstacle, as would third-place Marthin Hamlet (5 points). But Sordi has to earn points against somebody.

Welterweight (June 17): Is Magomed Magomedkerimov going to be a factor? Magomed Magomedkerimov won the 2018 PFL welterweight title and was the favorite to repeat in 2019. He still hasn’t been beaten inside the PFL smart cage. Will he return in the second half of the 2021 season and make another title run? Professional Fighters League

Magomedkerimov has not lost a fight since 2015. His winning streak stands at 11 in a row, including his first five PFL appearances on his way to capturing the 2018 championship, and three more victories to earn a spot in the 2019 semifinals. But an injury forced him out of that bout, and upon his return for the 2021 season, visa issues derailed his opener. Now Magomedkerimov sits in last place with minus-1 point.

The division has moved on without him. Ray Cooper III, the 2019 champion and 2018 runner up, is in first place with 6 points after scoring a submission in less than a minute and a half. Rory MacDonald also had a first-round submission, giving him 6 points as well. Beyond those two, one fighter has 3 points and two others have a single point. So making the four-man playoffs is not impossible for Magomedkerimov, and will certainly be easier than it will be at heavyweight, with bigger point gaps to close. But we have yet to get any clarification from the PFL on whether or not the Russian will even make it to the cage.

Clay Collard and Marcin Held owned the PFL’s season-opening event on April 23. Collard, who previously had done his most notable work in a boxing ring, pulled off the upset of prized PFL signee Pettis. Held, a veteran of the UFC and Bellator, handed Schulte his first defeat in 10 PFL bouts. But Collard and Held earned their victories on judges’ scorecards, as did the evening’s three other winners. So five lightweights have 3 points apiece going into the make-or-break second fight of the season.

That’s not too much of a deficit for Pettis or Schulte to overcome. If one or both of them gets a first-round finish, that could be enough to earn a spot in the playoffs. But it’s far from certain. If four of the five first-night winners get finishes — even a third-round stoppage — it would oust the two “names” from the competition no matter what they do in their second fight.

Women’s lightweight (June 25): Who will be Kayla Harrison‘s opponent on New Year’s Eve?

That’s a presumptuous question, I know. There are no sure things in sports, especially the fight game. Upsets happen. But it’s really, really difficult imagining anyone in the PFL stopping Harrison. She barely broke a sweat in her season-opening fight last Thursday, getting a knockout in 1 minute, 23 seconds — easy as 1-2-3 — to secure 6 points. The only other woman to earn 6 points that night was Larissa Pacheco, and Harrison handily defeated her twice during the 2019 season.

Harrison might want to be watching on June 10 to scout her future competition, albeit in seasons beyond 2021. It’ll be featherweights and men’s lightweights competing that night, mostly, but the main event will feature the MMA debut of middleweight and junior middleweight boxing champion Claressa Shields, No. 1 in the ESPN women’s pound-for-pound rankings. Shields is not part of this season, but if the transition to a second sport goes well, a future clash between elite boxer and Olympic gold judoka would be something to look forward to. Brendan Loughnane gave himself the inside track to the PFL feath

We knew Loughnane was good. He was a known commodity coming into the season, after making a big splash — OK, maybe just a small splash — on Dana White’s Contender Series in 2019. He dominated his fight but incurred the wrath of White by going for a late takedown rather than throwing caution to the wind in pursuit of a finish. So he was not signed by the UFC. In fact, the opponent he’d dominated was signed. Loughnane ended up in the PFL, and later that year he won two non-season showcase bouts, getting zero pushback from his new promoter for winning by, gasp, decision.

Last week, Loughnane opened his season against Sheymon Moraes, who has something he doesn’t: a UFC pedigree. Loughnane knocked him out in under three minutes. It was one of the biggest “wow!” performances so far in the season. After posting the only finish at PFL 1, the 31-year-old from England sits atop the standings in a division with a two-time defending champion in Lance Palmer, who has already lost a fight this season. Is this now Loughnane’s division?