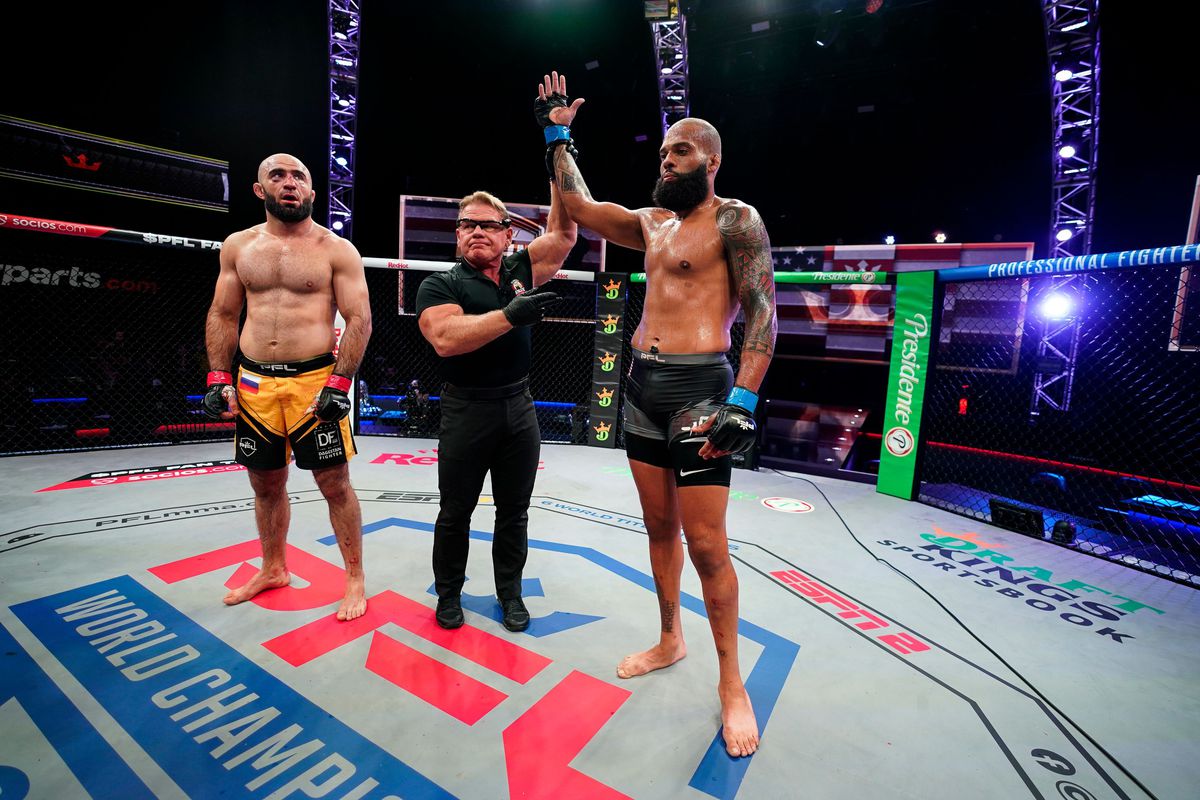 American Top Team recently announced the passing of PFL fighter Jordan Young, at the age of 27. The light heavyweight athlete had built a 12-2 record over his seven year pro MMA career, most recently competing on the PFL Championship card this past October. No cause of death has been reported.

It’s with a heavy heart, that we have learned about the passing of our teammate Jordan Young. Our team is deeply saddened by this news, as Jordan has been with our team since the start of his career. A solid teammate and always a professional in our gym. He will be deeply missed by us.

Our thoughts and prayers go out to Jordan‘s family.

Young started his career back in 2014 fighting in regional promotions around his home state of Iowa. And, after a strong 5-0 start, made his debut with Bellator in 2017. He went 6-1 fighting with the Viacom-based company, before leaving for the PFL.

He competed just twice in the PFL, making his debut in June of 2021 with a decision loss to ‘Filthy’ Tom Lawler. Young rebounded from that defeat, however, with a TKO win over Omari Akhmedov back in October, at the promotion’s final show of the year. Eventually Young had hoped to get to the UFC—telling MMA Junkie, back in 2020, that he was taking a slower path with an eye to reaching the Octagon as a fully prepared talent.

“When I go to the UFC, I want to be prepared to be there to stay,” Young said. “It’s not that I don’t think I’m ready now, but I feel I have more steps to take. I don’t want to be a guy in the UFC that doesn’t own a house yet, that doesn’t have his (expletive) together, and then I’m forced to take different steps and try different things out because I need the money. When I go to the UFC, I’m going to be set. I’m going to have what I need to have, and regardless of what happens in my fights, I’m going to be taken care of.”

Young was widely expected to be a real factor in the league for the 2022 season and beyond. The investigation into his death is ongoing.

How will you remember Jordan Young?