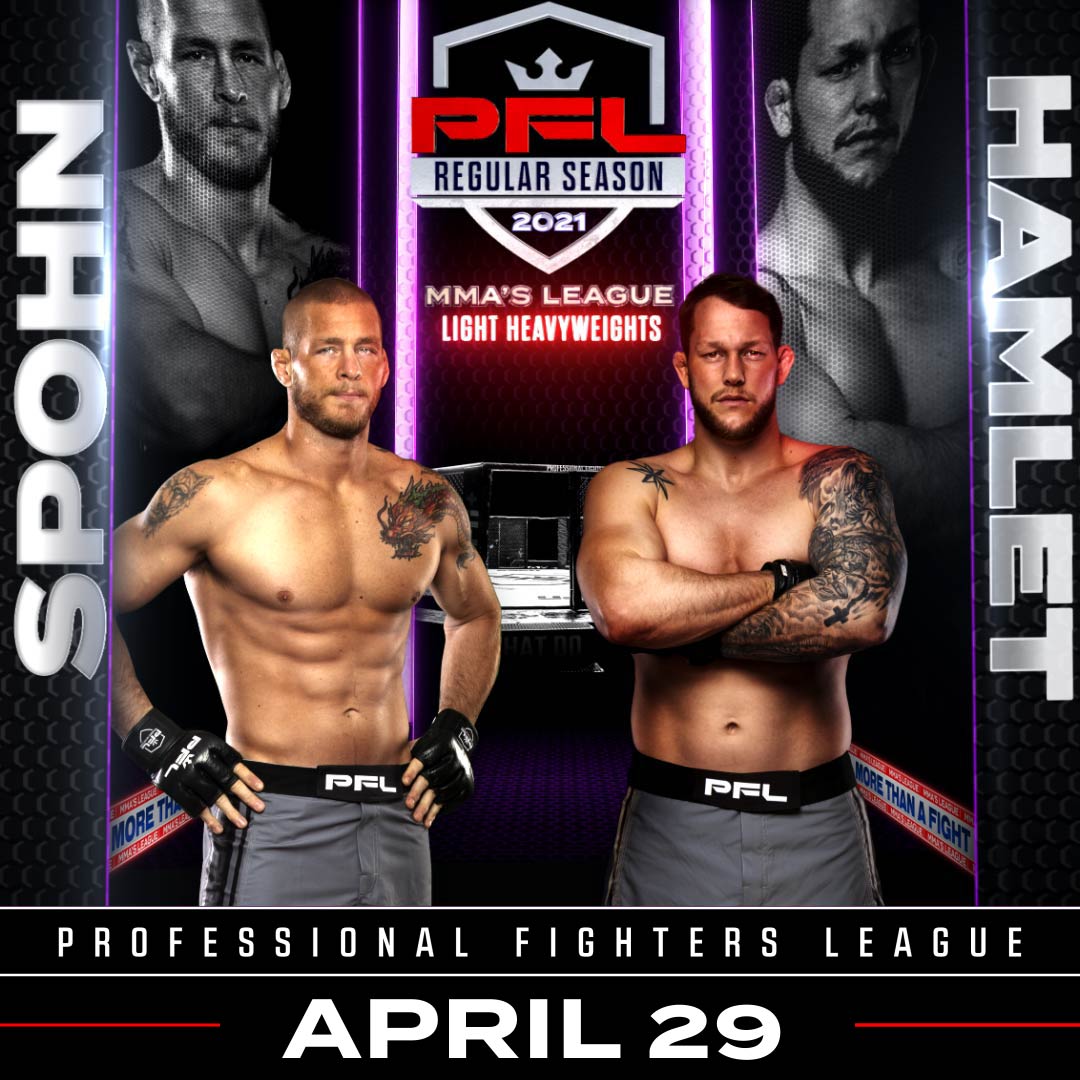 Opening for the preliminary card in the next PFL event is a light heavyweight bout that is looking to be a great betting opportunity. For this matchup, bettors will need to turn their attention to the showdown between Dan Spohn and Marthin Hamlet. Spohn is currently on a two fight skid dating back to 2018, so there will be some urgency coming from him in this fight. His last loss was a first round knockout against Bozigit Ataev back in June of 2019.

His fighting resume shows that he has a balanced winning record of seven wins by knockout, five by submission, and six by decision. He also has six first round finishes with three knockouts and submissions each.

“Dragon” has competed in four PFL fights so far, splitting the battles 2-2. Before that, he had a successful victory in the Dana White’s Contender Series and even four battles in the Ultimate Fighter Seasons.

As far as betting, fans have been able to see what they can get from him as he has fought in various popular leagues across MMA. With that being said, fans will naturally gravitate to him and his fighting style. Hamlet is coming off of a quick rebound victory in which he was able to get back on track after his first career loss. In his recent victory, it was a unanimous decision against Prince Aounallah back in December of 2019.

His fighting resume shows that he has a balanced winning record of two wins each for knockouts, submissions, and decisions. He also has three first round finishes with both of his submissions and one by knockout.

This will be his first battle in the PFL, as he is coming off of his recent Superior Challenge. With his resume, he should fit right in with some of the other competitors.

Hamlet has fought primarily among two leagues. These consist of Cage Warriors and Superior Challenge, with one amateur victory in the Battle Arena.

Odds For This Event

The market has this battle coming in close to a coin flip. For the Moneyline, BetOnline has the odds currently placed at:

*odds are subject to changes

Looking at both fighters, they have some similar traits. This is especially true when you compare them on a fight for fight basis, as they both have balanced resumes.

Hamlet was able to bounce back after his first loss, which is a positive sign. Spohn is going to have a sense of urgency here, so this could work in his favor.

Overall, Hamlet has a bright future and is also the younger fighter out of the two, with potentially more in the tank. Look for him to land a decision victory here against an experienced fighter.

PFL champ Ray Cooper III: I’ll stomp Rory MacDonald twice – “if he even makes it through the season”