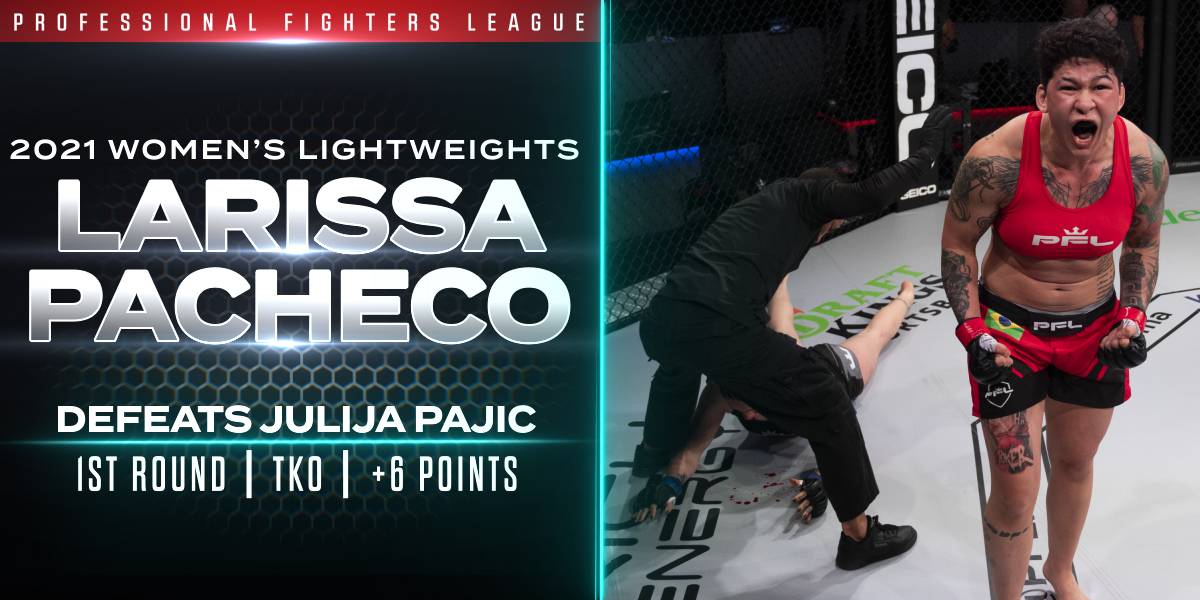 A finalist in the 2019 PFL Season, Brazil’s Larissa Pacheco (14-4) returned to the PFL cage in the season’s third event looking to take the first step toward a playoff spot. She welcomed fellow Lightweight Julija Pajić (3-1) of Montenegro to the League. Pacheco, a UFC veteran, went the distance with champion Kayla Harrison on two occasions during last season. Pajić joined the League after scoring three stoppages to open her career.

A left hook from Pacheco dropped Pajić immediately after the fight began. The Brazilian jumped right into mount and dropped a barrage of punches. Pajić tried to defend, but Pacheco simply battered her with right hands until the referee halted the contest.

Pacheco roared in victory, earning a quick six points in the Women’s Lightweight standings. The first-round stoppage was the fastest finish in the division’s history to date and launched Pacheco to the top of the standings.