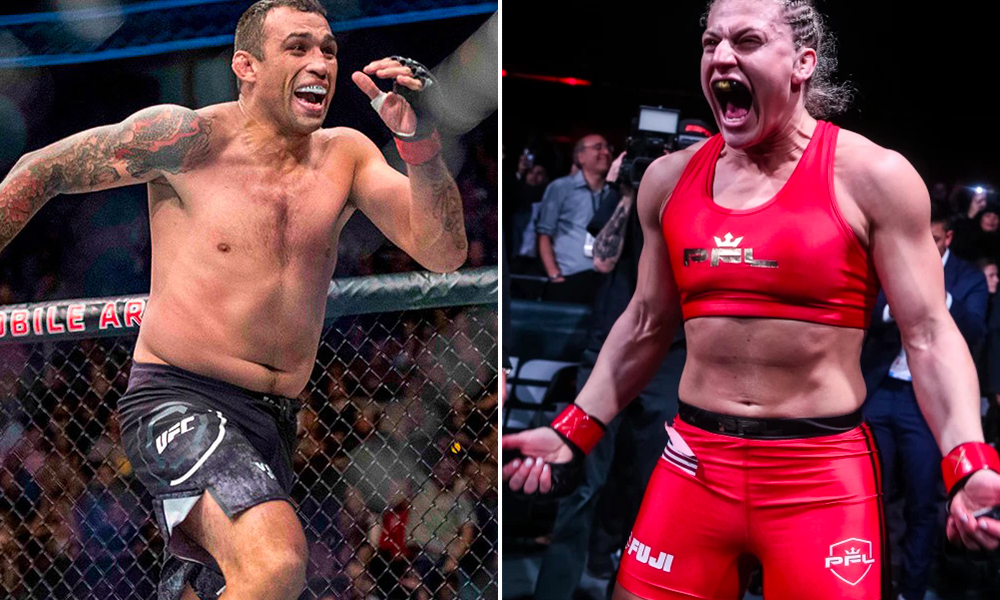 Reigning PFL champion Kayla Harrison will take on a Bellator and UFC veteran in her next outing.

On Tuesday, officials announced the lineup for the second round of 2021 regular-season bouts for women’s lightweights and heavyweights set for June 25 at 2021 PFL 6. In the main event, Harrison (9-0) faces Cindy Dandois (16-6) at Ocean Casino Resort in Atlantic City, N.J.

Harrison, a two-time Olympic gold medalist in judo, made quick work of Mariana Morais at PFL 3, stopping her in the first round by TKO. Meanwhile on the same night, Dandois dropped her promotional debut when she dropped a unanimous decision to Kaitlin Young.

Former UFC heavyweight champion Fabricio Werdum (24-9-1) will be in search of his first PFL win when he takes on Brandon Sayles on the main card. Originally a knockout loss, Werdum’s promotional debut at PFL 3 was overturned to a no contest after the commission reviewed the tape and concluded the referee missed Renan Ferreira tapping out to a Werdum triangle choke early in Round 1.

Earlier in the night, Sayles (6-1) had a standout performance when he upset Muhammad Usman with a second-round submission, notching his fourth consecutive win. He will look to score another upset against the far more experienced Werdum.