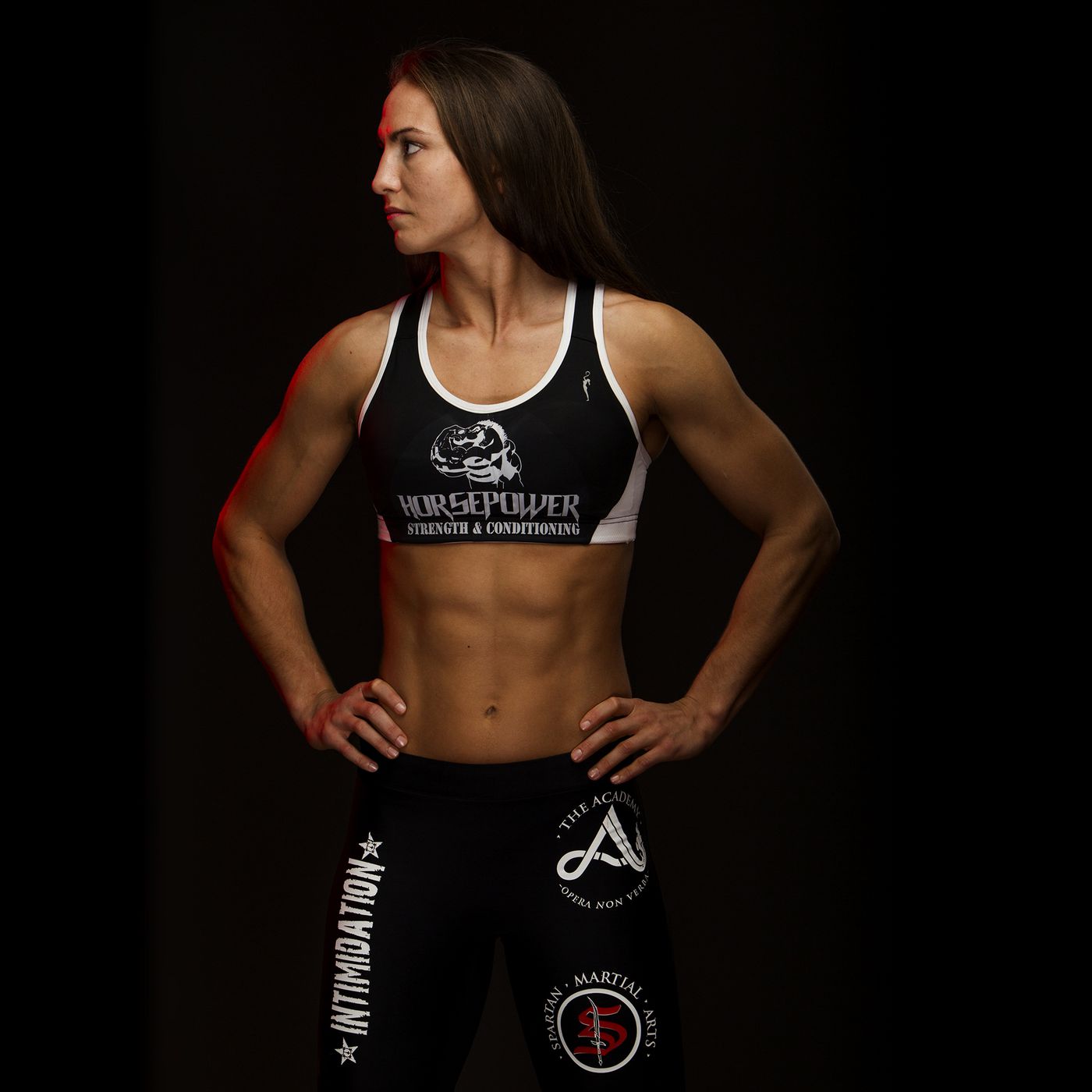 Kaitlin Young has been there and done that in the sport of MMA. Despite her tournament experience, she’s never fought for such a large grand prize as she’s now gunning for.

The year 2020 was rough for just about everybody in some way or another, but for the 22-fight veteran in Young, she achieved some goals and attained a year that was “oddly good” overall. Aside from picking up a solid victory over Latoya Walker in July, March 2 marked the one-year anniversary of the Striking Institue in Little Canada, Minnesota – Young’s first gym she’s ever opened.

To make matters even better heading into 2021, she received an offer from the Professional Fighters League (PFL).

“I had been asked about it a couple of years ago before they even started and it’s my belief that if you’re going to move up in weight, it has to be slow,” Young told MyMMANews. “Otherwise, it’s not the right kind of weight. Your body’s just not as strong. And at that time I had just decided to move up from ’35 to ’45. So it was like, I think that’s too big right now.

“Now, I did not realize that the grand prize was a million bucks… (laughs). So yeah, I’m not super surprised but I feel 100-percent ready for it now and it just came at the perfect time.”

October 4, 2007, saw the Circle Pines native make her MMA debut successfully by TKOing Lindsey Frandrop. The very next month, it was off to the races as the upstart promotion known as Hook N’ Shoot was putting on a tournament for the female fighters.

Needing to win three times in a single night to be crowned the tournament winner, Young did just that about as impressively as she possibly could have. In only a minute and 45 seconds collectively, “The Striking Viking” dispatched of Suzy Smith, Patti Lee, and future UFC champion Miesha Tate all by knockout or TKO – the highlight of the latter most hardcore MMA fans are quite familiar with.

Fast forward 14-years later and Young, 35, comes full circle with yet another MMA tournament that will test her might in a much different variation.

“I think the experience part is really important,” She said. “It’s sometimes in more subtle ways than you might think. It’s kind of seeing patterns that maybe just aren’t visible to you when you haven’t had 10 fights yet. Just having been in a lot of places and experienced a lot of different things, there’s not much that rattles me these days. I’m super excited about it and I think not just experience in fighting—it matters in general—but I think in tournaments it matters even more so.

“I really like the [PFL] point system as a way of deciding who moves on. I think the way it’s set up encourages people to go for a finish, which is excellent, and what they’re always trying to do in MMA anyway. But it also makes it a little more balanced. Like somebody could come in, maybe has an off day, no big deal. If they knock it out of the park in their next one they may very well still move on. Same with if someone gets lucky then doesn’t do well, they might not.

“It’s probably a little bit more representative of people’s abilities, and I think that’s kind of a cool thing,” Young added. “And I like the way it’s spaced out. You would think it’s a small thing, but being able to plan so far in advance is really nice. Especially owning our gym now where somebody’s gotta cover. So yeah, I think it’s a really cool thing. I know in my career when I’ve had fights back to back to back, I feel best. I think it’s probably a way to help fighters shine, really. Cause you’ll see the best of them when they’re active like that.”

While Young getting back into a tournament format as a fighter is a form of familiarity on its own right, it isn’t the only aspect of this next chapter that brings back memories.

In her PFL debut on May 6, the veteran featherweight turned lightweight is tasked with a challenge she was supposed to have in 2014 at Invicta FC 9. It will be Young vs. Belgium’s favorite fighting daughter, Cindy Dandois.

“I think there have been many people who have gone into fights with her based off of what they’ve seen on tape, and I don’t even want to say underestimated her, but maybe incorrectly assessed her strengths,” Young said. “And I think that’s been to their demise so I think it’s more complicated than a lot of people are thinking than when they just look at one fight. You gotta look at ’em all.

“I’m excited about [still getting to fight her] because I kinda hate that – when it’s open-ended like that. Because you do, you have these ideas about what you can do in a situation, if you can solve the puzzle, and then you don’t get to play. It’s just kind of a letdown. So it’s fun to pick that storyline back up.”

Aside from having great insight from a fighter perspective, Young has seen all the behind-the-scenes aspects of the sport in full effect.

Directly after Invicta 9, Young put her MMA career on hold and tried her hand in Muay Thai. At the same time, Invicta Founder Shannon Knapp came to her with matchmaking duties for Invicta. An occupation that the Minnesotan had done on a more regional scale, but ultimately it led her to put together all the great fights that fans witnessed from 2015 to 2018 – including matching her now opponent in Dandois.

Having seen that side of the sport, Young’s attention to detail was enhanced. In this lightweight tournament where she and Dandois are the two most experienced competitors, one may argue that there could be extra pressure from expectations to succeed or make “one last big run.”

“Not really… or not in a negative sense,” Young said regarding feeling any pressure. “Because I feel confident enough that if somebody comes in there and beats me it’s going to be because she’s awesome. It’s because she’s amazing, it’s not because I’m not going to perform at my best. And that’s the uncertainty that you sort of have to embrace when you walk into fighting. You can walk in and break your ankle, stuff happens. But I don’t feel any extra pressure because I know what I can and will do and that’s already with me.

“Of course, it’s a big opportunity, but it doesn’t feel overly heavy.”