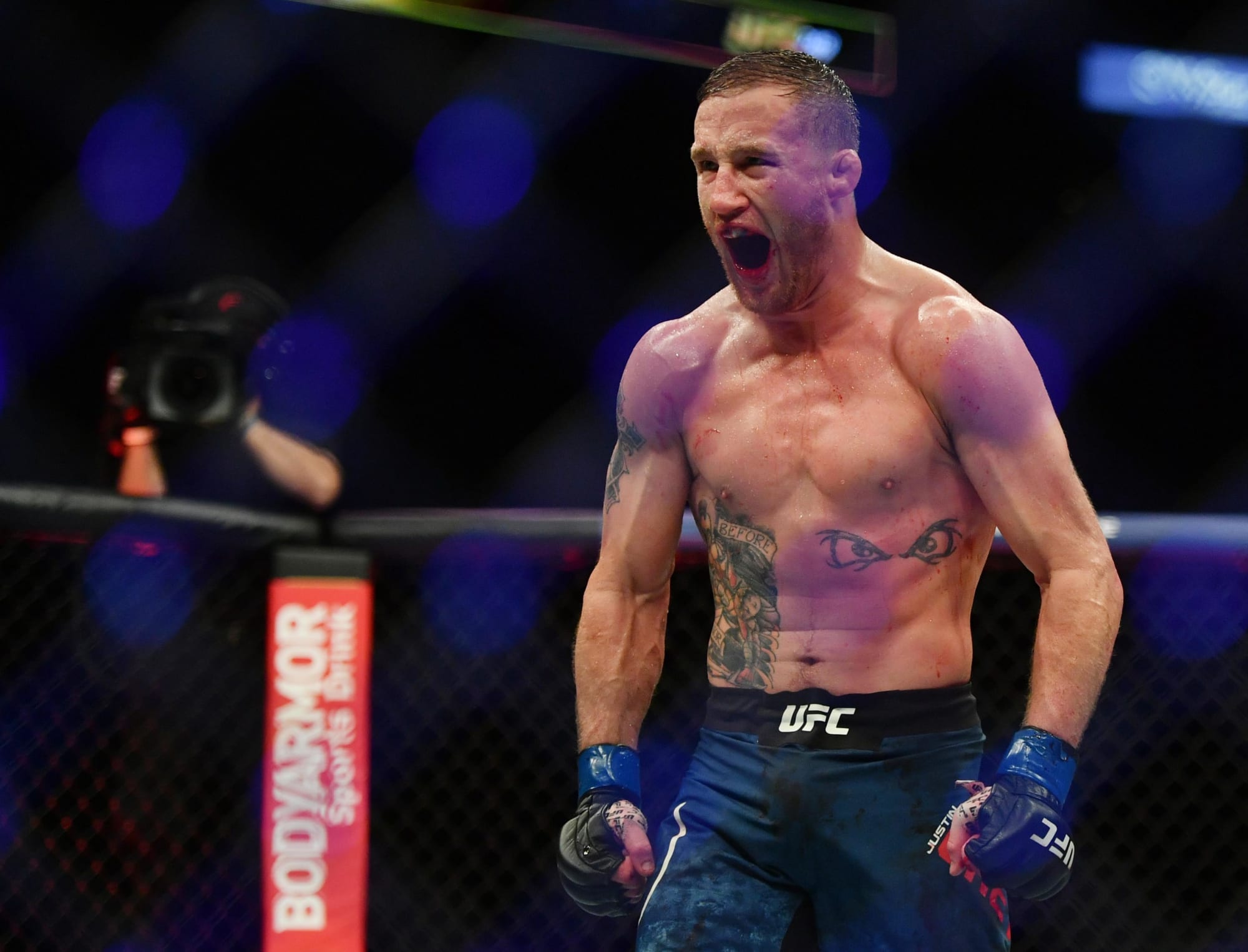 Following a potential Fight of the Year performance to beat Michael Chandler in November, Gaethje solidified his position as the No. 1 contender at 155 pounds but McGregor has continued to insist that he’s getting a title shot after returning from a broken leg suffered in his last fight.

Oliveira then threw some gasoline on the fire after saying he would happily face McGregor next if the Irish superstar jumped the line into a title shot. If that somehow happens, Gaethje promises that his reaction will be anything but even-tempered.

“I’d burn it all down,” Gaethje told TMZ when asked about McGregor drawing Oliveira next. “F*cking burn it down, that’s what I’d do. [Conor] is so irrelevant. He has not won a fight since 2016 in the lightweight division. I’m ranked No. 1. [in the UFC]. I saw they updated the rankings, I’m No. 1 now, that feels pretty good.

“My whole life I’ve been working towards this. That’s what’s next. If not, I f*cking burn it down. It doesn’t matter. I’ll show up and start throwing dollies everywhere. I don’t know what the answer is.”

Gaethje’s worries probably aren’t as founded as some might believe because even UFC president Dana White has declared him as the next person in line for a title shot.

Even if he wins the title, Gaethje promises that McGregor won’t get the chance to face him unless the former two-division champion actually establishes himself as a legit contender again.

“I would absolutely not allow him to fight for the title if he did not win and go through the process,” Gaethje said. “He’s not going to sh*t on everything. There’s too many [guys], Beneil Darius, Islam Makhachev, those are the guys that I would fight, not Conor McGregor. That’s not how this works.

“He’s becoming more and more irrelevant as time goes on. Pretty soon you won’t even be asking me these questions. It’s going to be a beautiful f*cking day.”

As far as the matchup with Oliveira goes, Gaethje doesn’t have a bad word to say about the Brazilian, especially after his performance to submit Dustin Poirier at UFC 269.

The champion and challenger shared a few words backstage after his win and Gaethje has nothing but respect for Oliveira as they prepare to meet at some point in 2022.

“I don’t need to talk any sh*t,” Gaethje said. “He’s come so far. I saw him after the fight, I told him he deserves it. I said before if he went out there and beat [Dustin] Poirier, I would give him all the credit in the world. So that’s what I’m giving me.

“He’s a formidable opponent. No. 1 in the world and I cannot wait to fight him in America, fight him in Brazil, fight him in Canada. Any of those three, I’m in. Whenever he wants obviously. When I get the belt, it will be when and where I want.”