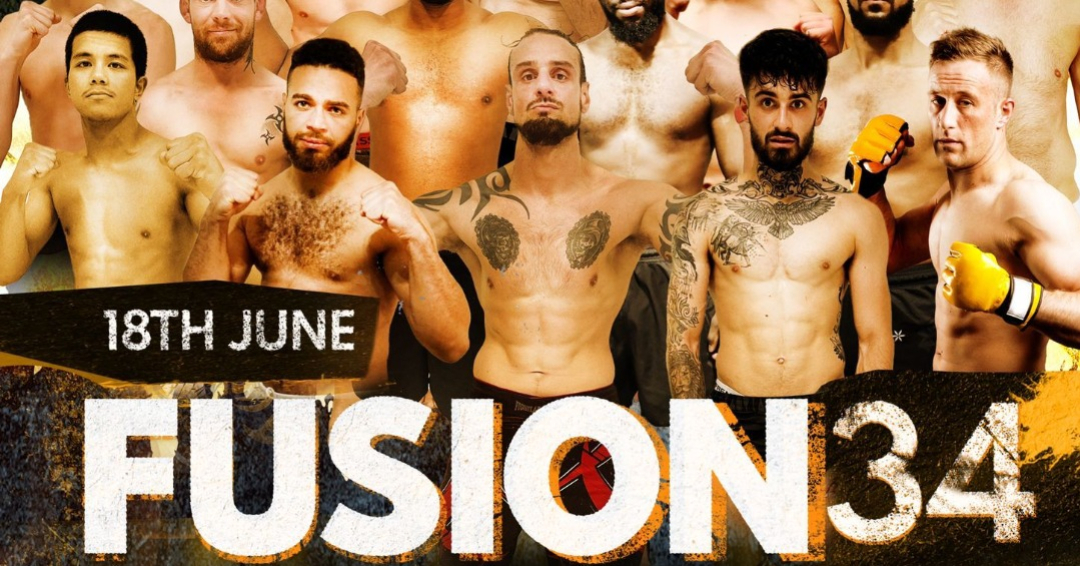 Fusion Fighting Championship is back with 24 fights on the night of action this Saturday – June 18th, and this card looks to deliver as there is a multitude of different styles of martial arts such as: Boxing, MMA, Kickboxing, and submission grappling. This fight card is one for fans of martial arts and will be looking to please the fans. The main event of the evening is a professional MMA bout in the lightweight division between Adam steel who’s looking to start his professional career with a big win over his opponent hoping for the knockout. However, standing in his way of those dreams is the very experienced Russell “the Judge” Dennis who will be looking towards his experience to grant him the path to victory.

The Co-Main event of the evening is another Professional MMA Bout in the light heavyweight division between Matthew Nicholson, who will be looking to get back to winning ways after his last outing in the cage, and as always will be looking to put on a good fight for the spectators watching at the arena and at home. Looking to spoil the party and looking to extend his own winning streak is Craig Littlewood who will be looking to overpower his opponent and fight his fight to ensure he gets his hands raised on the night in question.

The next fight on the billing is an Amateur MMA bout in the featherweight division between Luke Rampton and Wahub Al. Both fighters are young hungry fighters who are willing to throw down and put on a slobber knocker of a fight where only forwards steps are taken and both men meet in the middle. This is looking to be an exciting matchup!

This next bout is a Boxing match in the heavyweight division between Wojtek Jalowiec and Clarke Morris. Jalowiec got his hand raised in his last fight in the fusion cage and will be hoping for the same outcome on Saturday night as he will be throwing with bad intentions trying to get his opponent out of the fight as early as possible. However, Morris isn’t getting that message and will be looking to outclass his opponent to try put himself on the right path to success in the fight. This fight won’t last long so don’t blink!

To watch the PPV of the event go here: https://www.mmatv.co.uk/mma/fusion-fighting-championship-34/