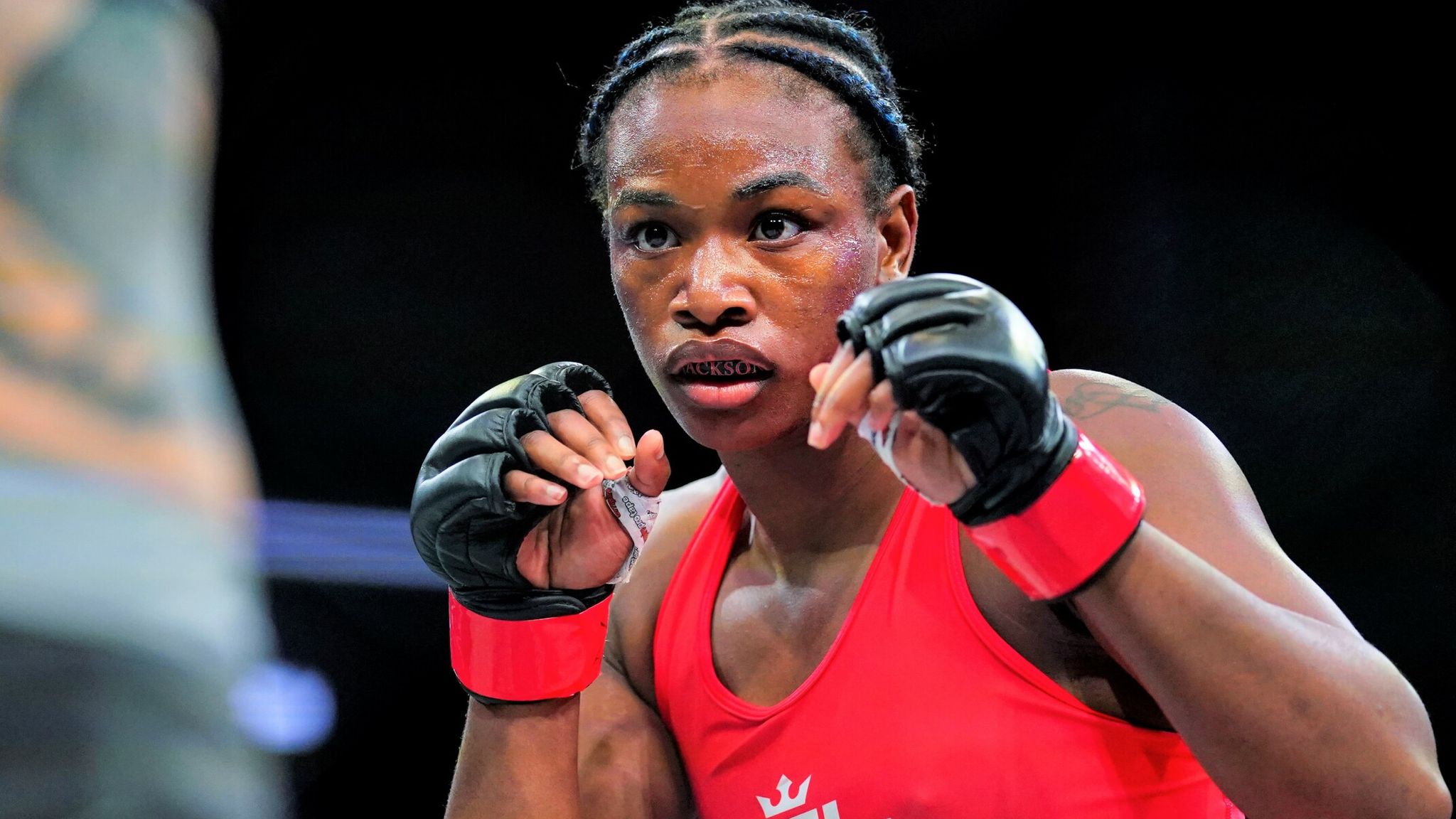 “We love that she wants to be a two-sport champion in boxing and MMA and compete concurrently,” PFL CEO Murray told Sky Sports. “So we designed a programme for her, to enable her to box, and to help develop her MMA game”

Article by By Ed Draper and James Dielhenn

Shields is among the top female boxers in the world as a two-division undisputed champion but recently crossed over into mixed martial arts where she won her debut via knockout under the PFL banner.

She will fight again under MMA rules in late August but is still available for the grudge match inside the ring with Savannah Marshall.

“We love that she wants to be a two-sport champion in boxing and MMA and compete concurrently,” PFL CEO Murray told Sky Sports.

“So we designed a programme for her, to enable her to box, and to help develop her MMA game.”

Murray explained that allowing Shields to continue boxing was part of what persuaded her to join the PFL MMA organisation: “It started with trust. I’ve known Claressa since she was on the Team USA Olympic boxing team.

“We started with her goals. What does she want to achieve? How can we support her journey?”

Murray said about Shields’ debut win over Brittney Elkin, during which she was wrestled to the canvas but fought back to win: “She had what I thought was an amazing debut in a challenging fight. She showed composure and courage, finishing it on the ground. Shields wants to be a two-sport champion

“She has got the skills but has a lot to do.

“She has a lot more to prove to get into the PFL 2022 season to compete against the likes of Kayla Harrison and to shoot for the $1m prize.

“She is an amazing athlete focused on obtaining her goals.

“How humbling – she’s at the top of her game in boxing but has paused, wanting to start from the bottom, demonstrating that she can win and move on, essentially auditioning for the PFL 2022 season.”

Marshall, the unbeaten WBO super-middleweight champion who beat a 17-year-old Shields in the amateurs, has mocked her rival’s switch into MMA.

“I wanted the fight to happen this year,” Marshall told Sky Sports.

“It looks like it won’t happen this year which I’m gutted about. I’m being told early next year.

“What can I do? I can’t hang around! I could wait until next year and she might go and play tennis or football!”

Harrison clinches Playoffs spot — but not as No. 1 seed