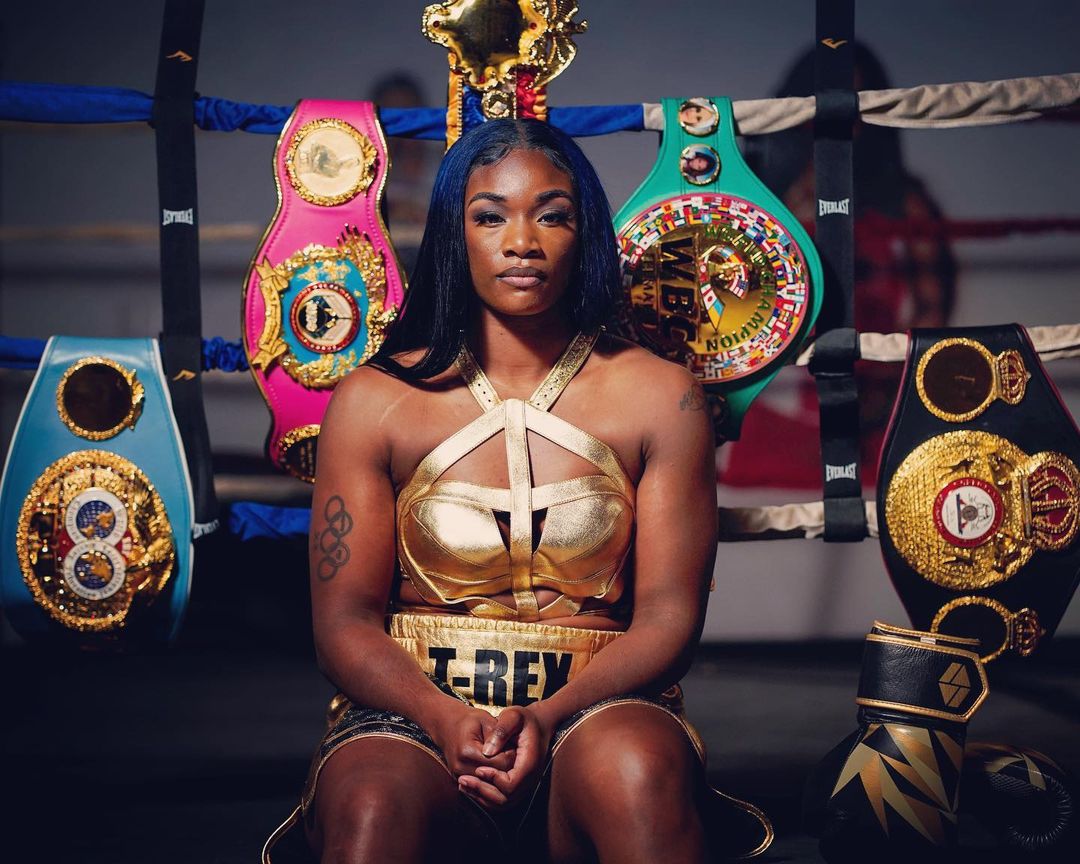 Claressa Shields had a lot of reasons to make the move from boxing to mixed martial arts with her first professional fight now just a matter of days away.

Despite being a two-time Olympic gold medalist and a multi-time, multi-division champion in her chosen sport of boxing, the 26-year-old Michigan native still hasn’t received the kind of attention, money or appreciation that should come along with those kinds of accomplishments.

Shields has taken aim at boxing promoters and their broadcast partners in the past for what she believes is nothing more than sexism when it comes to women’s boxers not being given nearly the same kind of opportunities as their male counterparts.

That’s certainly not the case in MMA where many of the biggest stars are women including past UFC champions like Ronda Rousey as well as current title holders such as Amanda Nunes, Cris Cyborg or Valentina Shevchenko. While top promotions like the UFC were slower on welcoming women into the fold, there’s little doubt now that they stand shoulder-to-shoulder with the men when it comes to pay and prestige in the sport.

Even though Shields has not even made her first appearance in the PFL cage, she’s already seen her profile raised exponentially as compared to her biggest fights in boxing.

“In women’s boxing, women don’t get paid that much,” Shields explained when speaking to MMA Fighting. “I’ve won every title you can think of, every last organization. Three-time division world champ, two-time undisputed champ at 154 and 160 [pounds]. I’ve held titles at 168 and it’s like I’m not a millionaire. I’m known worldwide but I’m not a household name yet.

Taking matters into her own hands earlier this year, Shields decided to promote her own all women’s pay-per-view when she earned a win over Marie-Eve Dicaire.

While she still fully intends on moving forward with her boxing career, Shields knows that in order to create better opportunities for herself in the future, she’s got to start looking out for herself.

Right now that means making the move to MMA where organizations like the PFL are putting a lot of promotional muscle behind the women.

“It’s not [making me a household name] so that’s why I’m doing MMA,” Shields said about boxing. “Because for me, it’s the bigger picture.

In addition to those goals, Shields has never been shy about her long term desire to be considered the greatest women’s fighter of all time across all of combat sports.

With a perfect 11-0 record along with a two armfuls of title belts, Shields has already proven her credentials in boxing and now she seeks to do the same with her new career in MMA.

That’s why she’s made it clear that fighting in MMA isn’t just about proving she can do it or getting one win under her belt and then returning to boxing for good.

For Shields, who makes her PFL debut against Brittney Elkin on June 10, this is part of a grand design to cement her legacy for now and always.

“I just feel like for me, when you’re a champion people look at your accomplishments and they say ‘what else can you do?’ and me being the greatest woman of all time, I’m the greatest one of all time in boxing hands down but I feel like if I add MMA to it, who could dispute that?” Shields said. “Nobody can dispute that. Any girl in boxing or any girl in MMA, she won’t be able to say ‘no, she’s not the GWOAT.’

“I am the GWOAT in boxing and I’ll be the GWOAT in MMA if I get the chance to fight in the PFL and I become a PFL MMA champion at the same time I’m boxing. Like who will be able to dispute that I’m the greatest woman of all time? I’ve beat all the girls in boxing and now I’ve beat girls in MMA. I feel like that’s just added to me being the GWOAT.”